Imagine a drugstore with a lot of shelves, each shelve contains some articles (toilet paper, medicine, and everything else). Now the owner of that drugstore does not allow just any medicine to be on the shelves, but has developed a bunch of rules that one medicine has to follow in order to be on that shelve. The drugstore owner said:

He who wants to sell his medicine in my store has to obey me!!

If you do not follow the rules, your merchandise will not be on this shelves and you will not be selling anything. Many of other peoples business depends on this drug store owner, because his store is the biggest and all the people from the neighborhood come to buy stuff there.

Now, why is that I have to obey what the store owner has to say, and follow his every rule. Maybe I dont like some of his rules?

Over the years the store has become so damn large, and number of people who come to buy there articles in it has grown to such a large number that it is virtually impossible to sell your goods anywhere in the neighborhood.

If all the neighbors would be a little smarter and started walking a little further away from the store in search of other stores maybe they could find more good and cheaper medicine. But people in there essence are very lazy, they dont want to look further. The store owner has convinced them that he has the best and cheapest offer, rendering their desire to look deeper, further..

Because it is in our nature always to pick an easier way. I ask you one question only:

How sure are you that the way you have chosen is really the easier one?

And most important, how sure are you it is the right way? 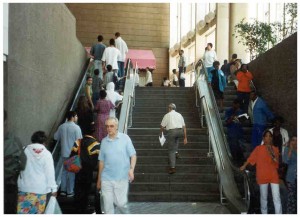